An otoplasty is the surgical reshaping of the ear intended to improve the contour and/or position of the ear. The 2 most common causes of a prominent or protruding ear are excess cartilage in the conchal bowl and a poorly formed anti-helical fold. Ear deformities are typically present at birth, or they become apparent in early development. For many children, they can be a source of intense teasing, bullying and insecurity.

The only effective method of correcting the shape of your ears is otoplasty in Las Vegas, Nevada, your best option is Nuance Aesthetics & Plastic Surgery.

When Is Otoplasty Indicated?

To prepare for otoplasty, your surgeon will take a full medical history, including conditions or medications that may affect the surgery. This also includes any issues that could have contributed to the current ear shape. Then, your surgeon examines the size, shape, and placement of your ears, and photographs their current appearance, to determine the best procedure possible.

At What Age Is Ear Correction Safe?

By the time a child reaches 5 or 6 years of age, the ears are 90% of their adult size and an otoplasty can be safely performed. Another important consideration is that at this age, children with prominent ears will be more socially active and at risk of being teased or bullied. There is no upper limit for when an otoplasty can be performed, but many adult patients express that they wish they had performed the otoplasty procedure at a much younger age.

How Is Otoplasty Performed?

Otoplasty usually starts with an incision behind your ear or inside its folds, to minimize the appearance of any scarring. To pin back protruding ears, your surgeon uses an incision behind the ear to remove excess cartilage and shift the outer ear’s position closer to your head.

Larger ears will have excess tissue, including cartilage, removed, while small ears are grafted with cartilage to replace structures that didn’t form well. A combination of these techniques is chosen for other deformities.

Otoplasty can be performed with local or general anesthetic. Adults and older children will most likely receive local anesthesia, but you can state your preference beforehand.

Although it is an outpatient procedure, otoplasty can take up to three hours. This is longer than many other surgeries we offer at Nuance.

Aesthetic otoplasty is aimed at improving the appearance of your ears. This includes protruding ears’ surgery, or ear pinback; earlobe cosmetic surgery, for earlobes too big or too protruding; and ear keloid removal. Keloids are a type of scar that continues to grow unnecessarily.

Reconstructive otoplasty corrects ear deformities caused by injury or trauma, such as a car accident.

Some people are poor candidates for otoplasty, and should avoid the procedure. They include children under 5 or 6 years old, and children who are too distressed by the idea of the surgery. If you are a smoker or have unrealistic expectations, you are less likely to be considered a suitable candidate.

How Much Does Ear Surgery Cost In Las Vegas?

Ear surgery in Las Vegas costs over $3,000 on average. However, your surgeon’s experience, the type of procedure, and required medications such as the type of anesthetic all affect the final cost. 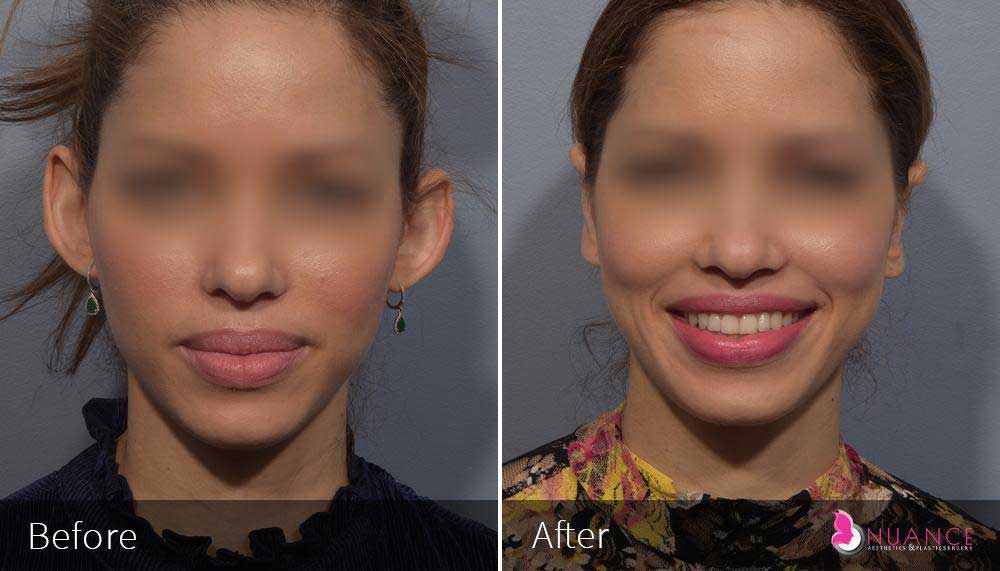 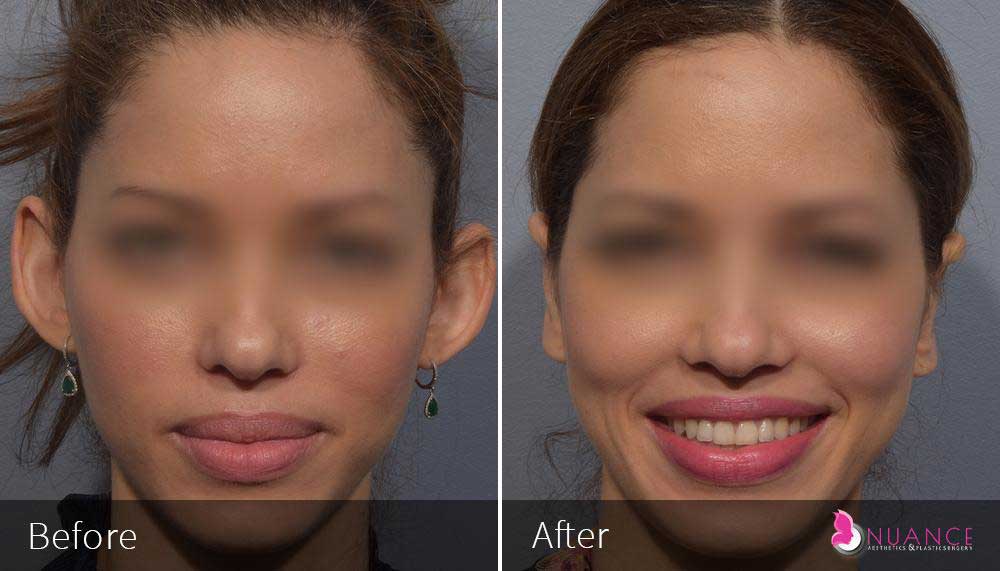 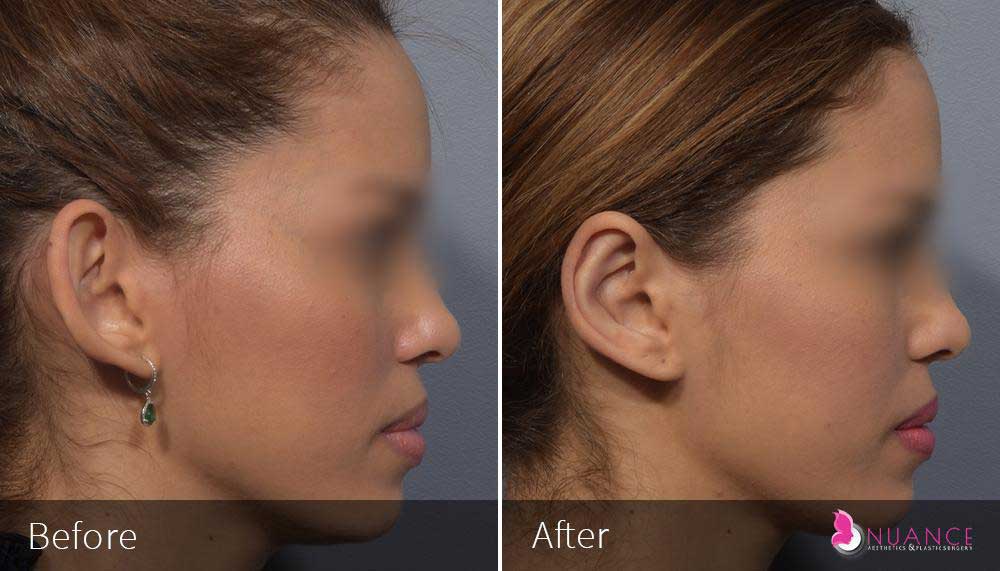 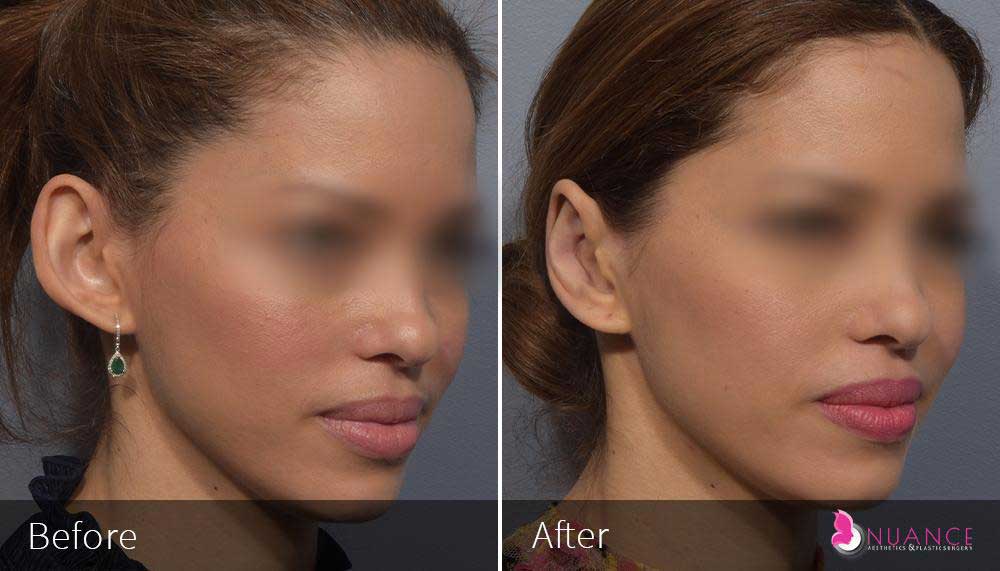 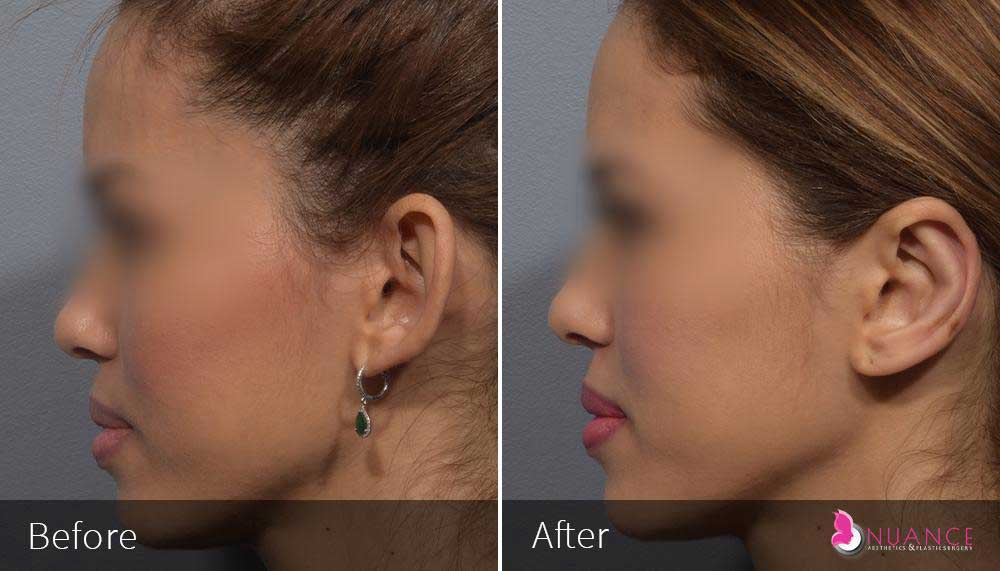 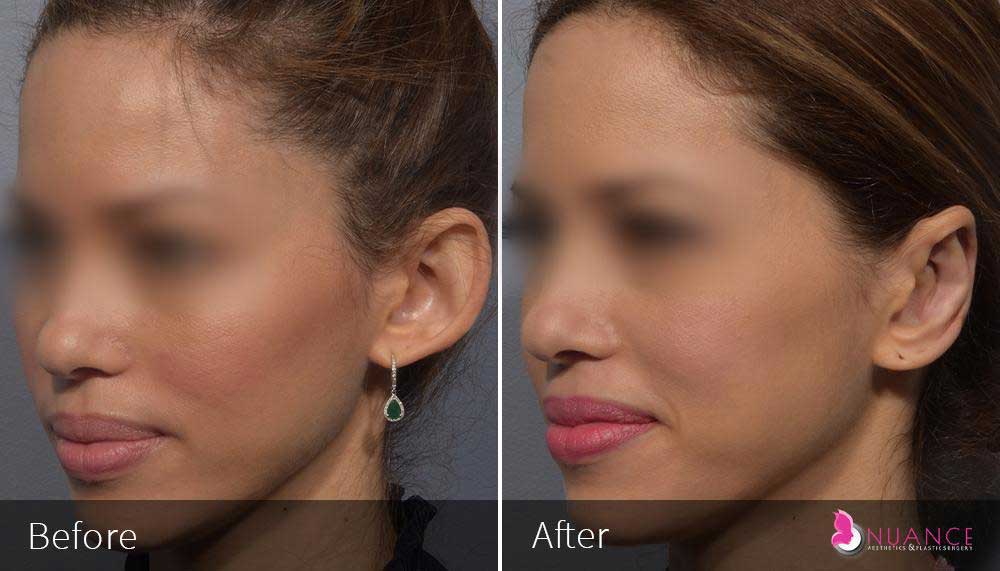 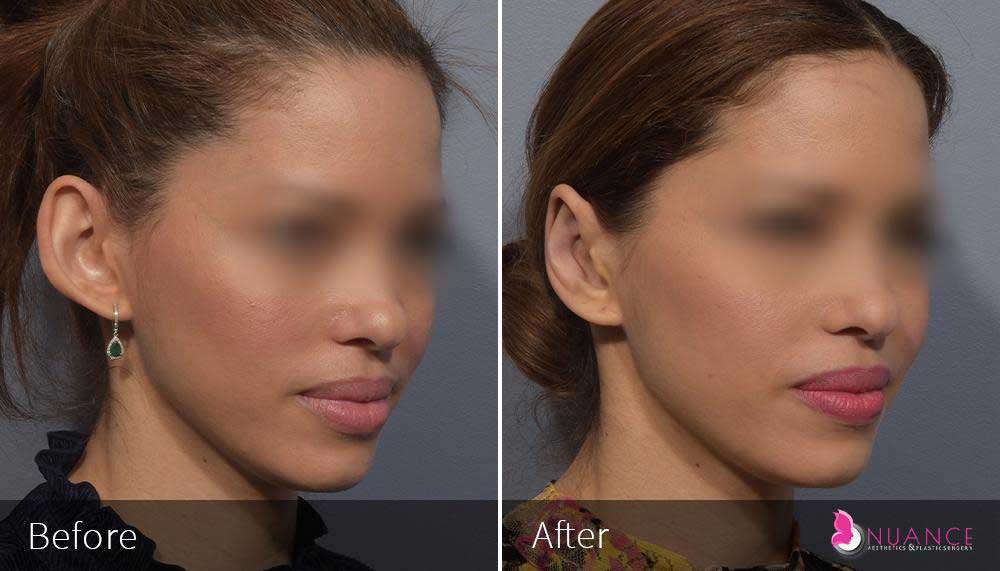 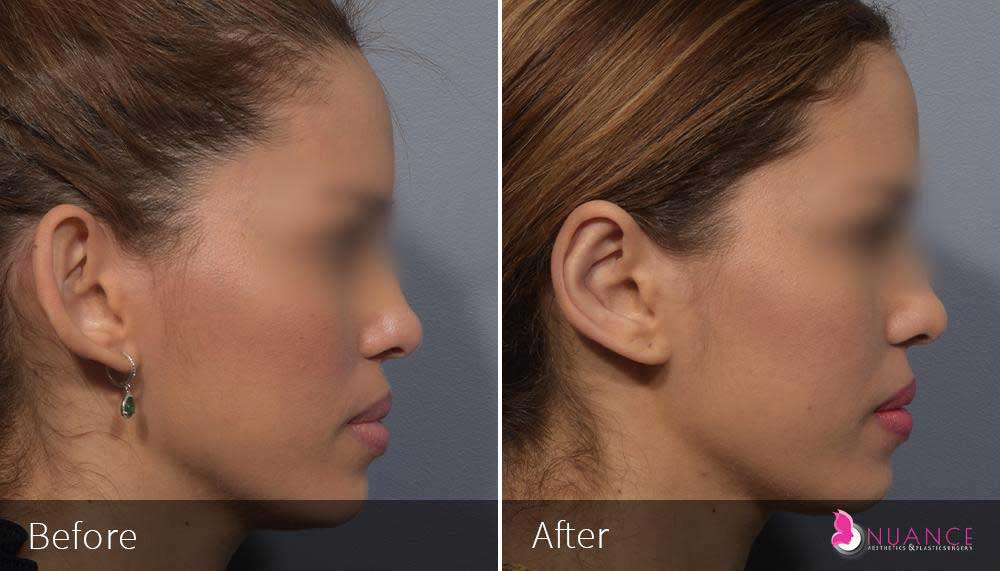 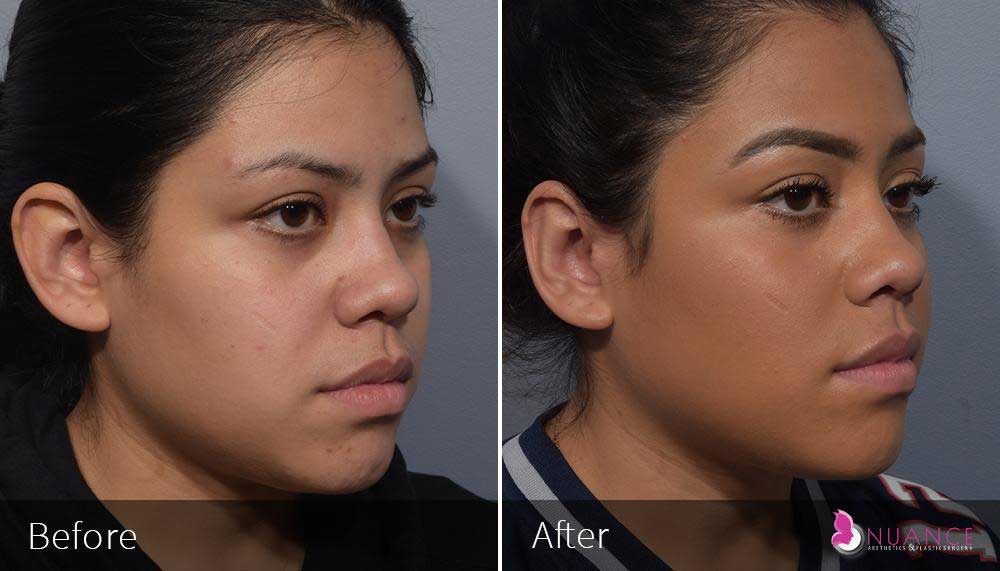 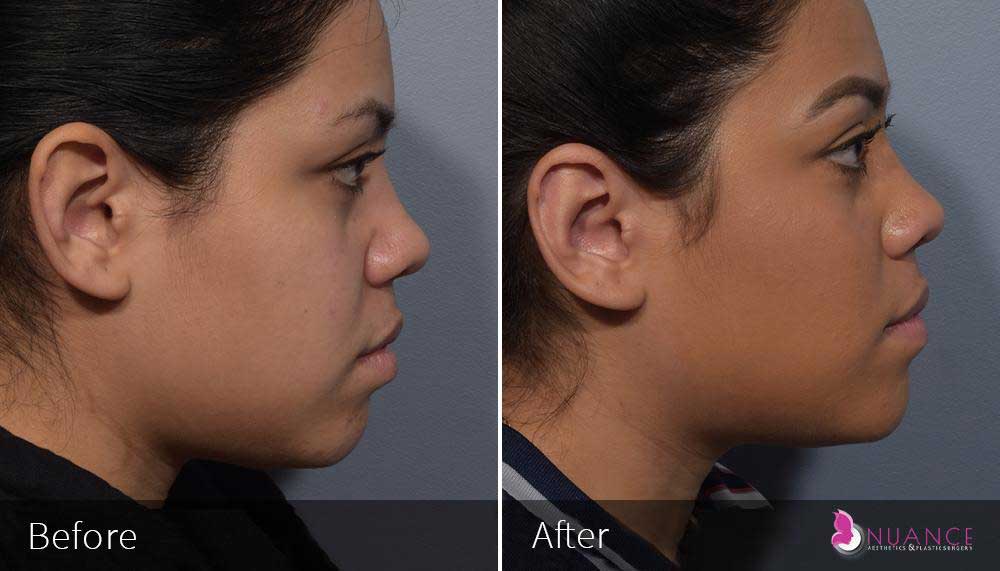 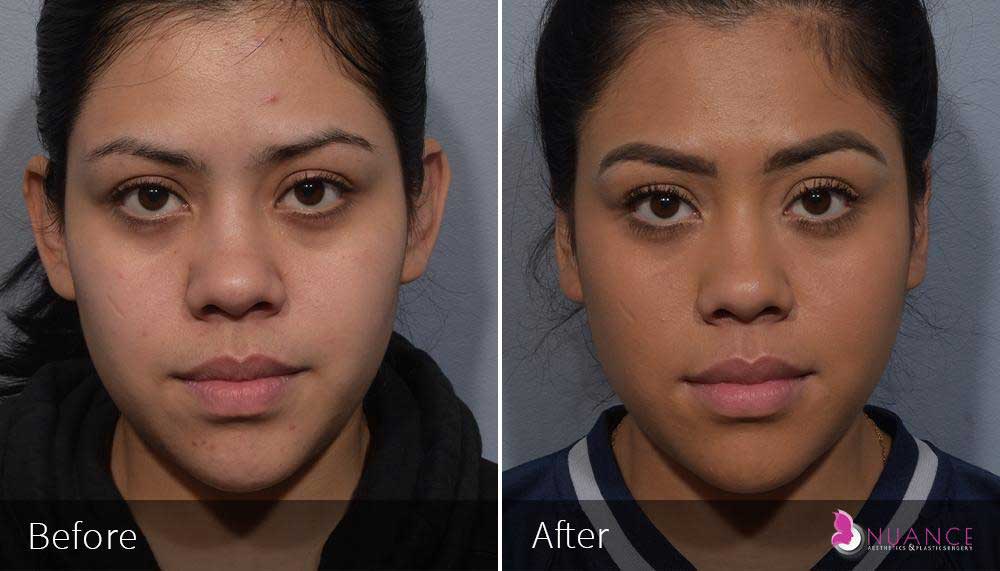 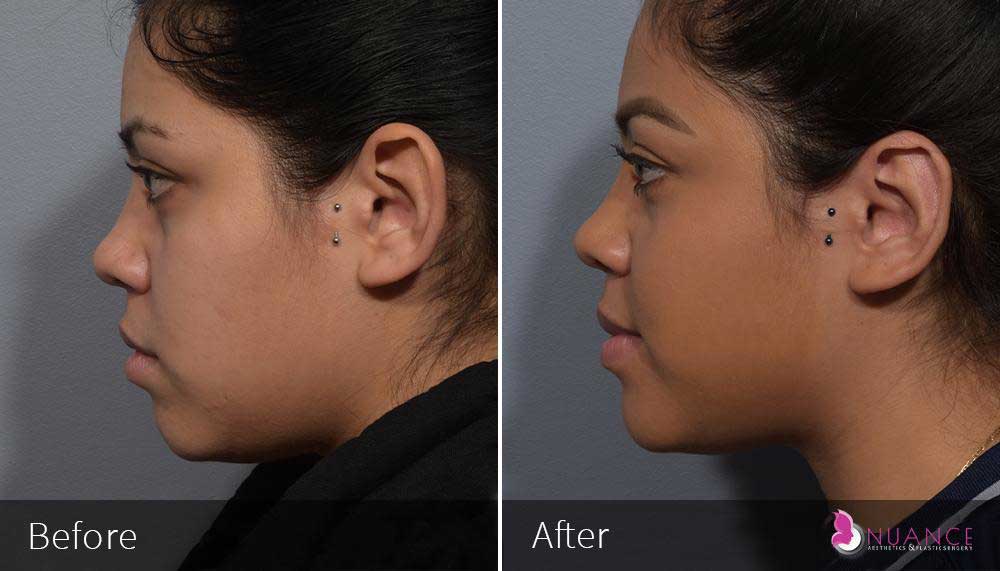 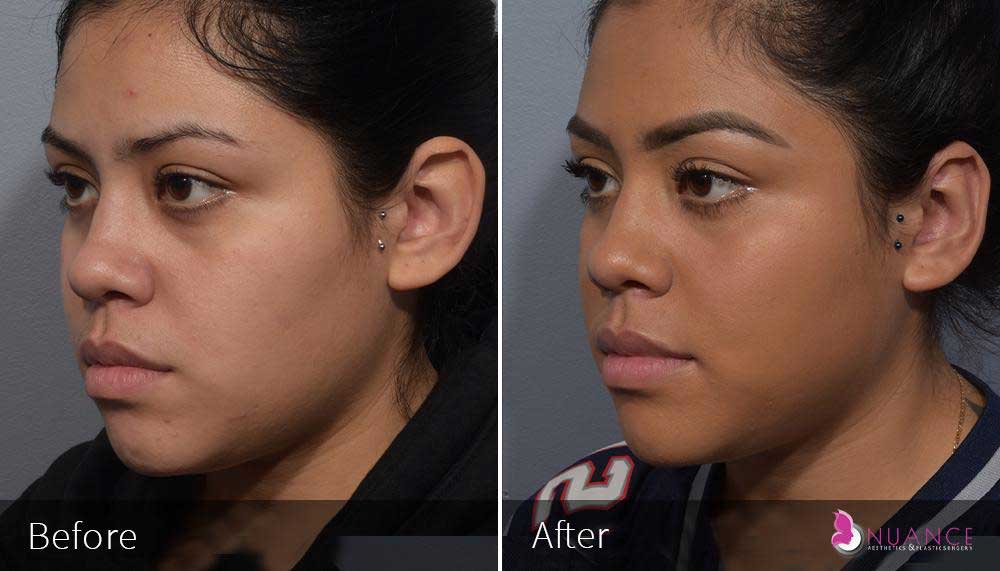 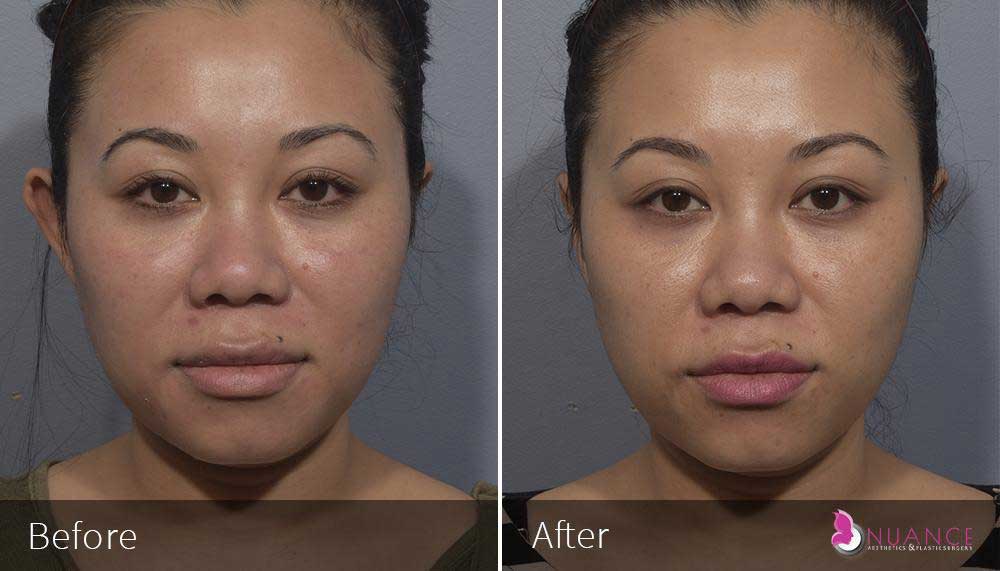 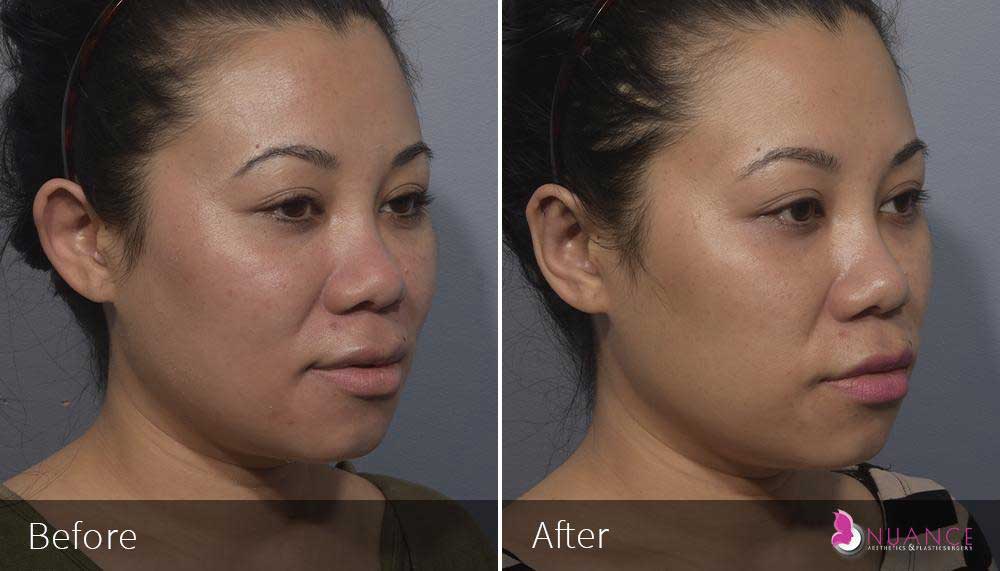 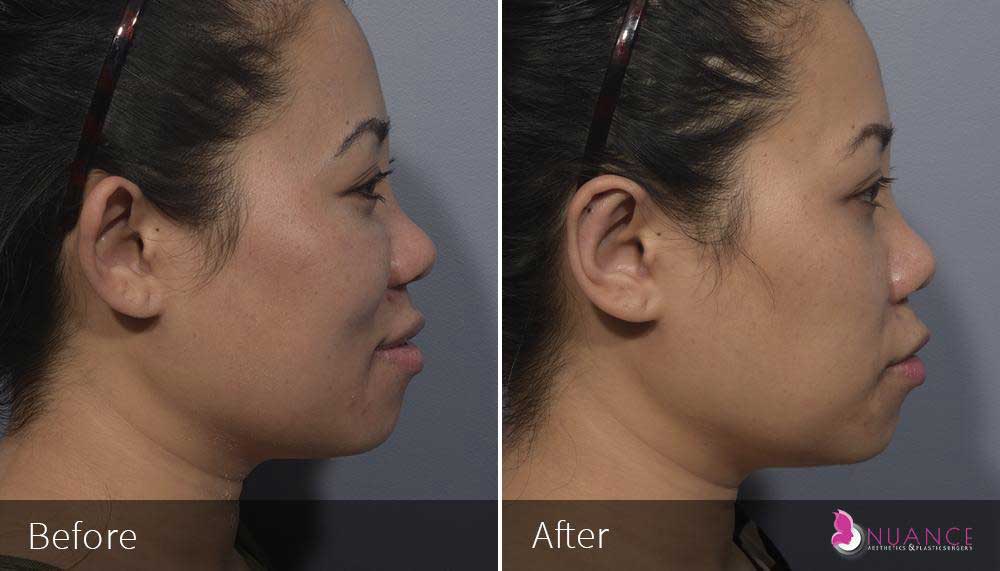 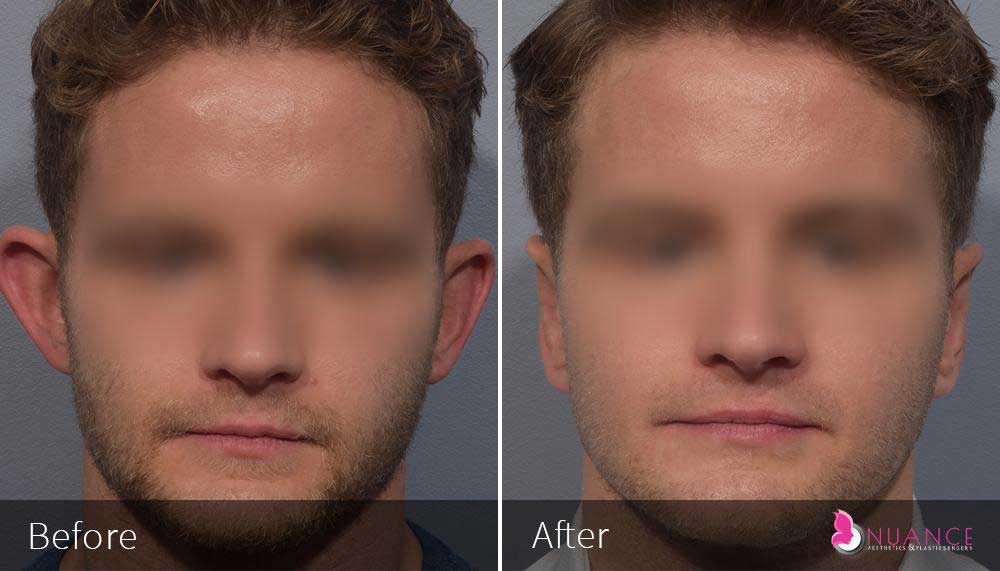 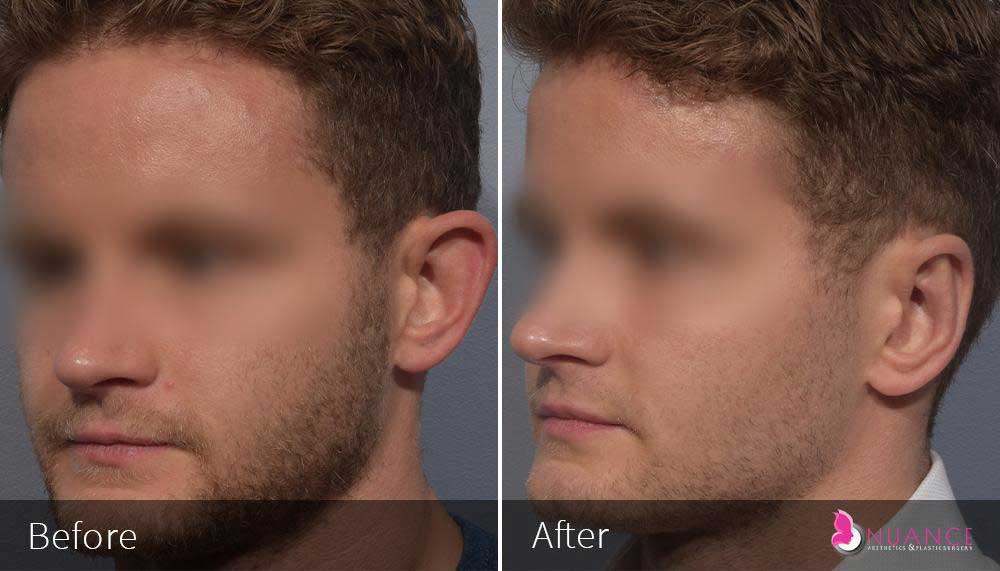 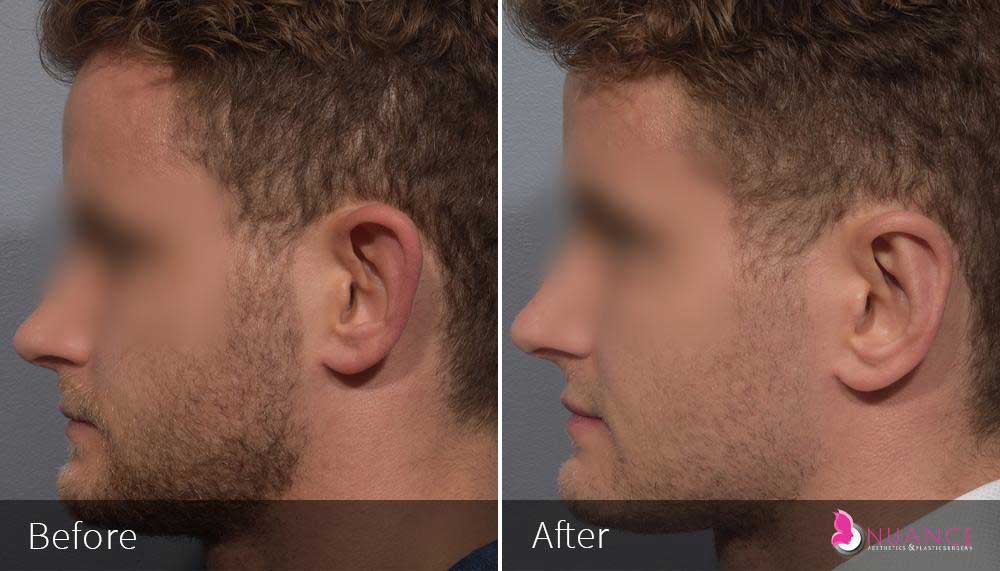 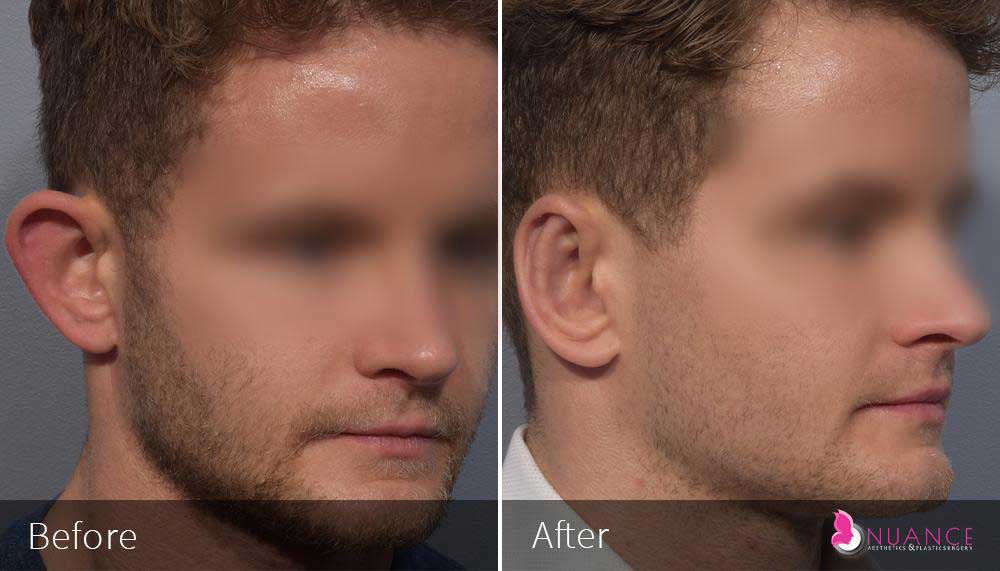 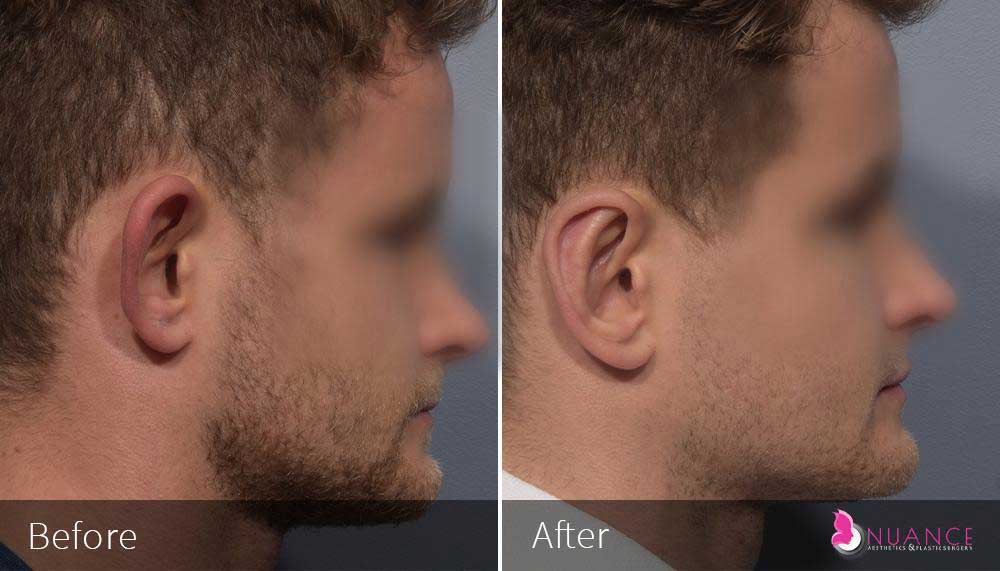