WHAT IS A BROWLIFT?

An eyebrow lift, or brow lift surgery, is the surgical lifting of the eyebrows to their correct anatomical position. If you’re looking for a brow lift, Las Vegas’ Nuance clinic provides this procedure both alone and with other cosmetic interventions.

During the procedure, one or more incisions are made just underneath the eyebrows; just inside the hair line; or along a central forehead line. Sometimes, an endoscope enters under the skin from incisions in the hair line. Your surgeon then removes stretched, sagging skin through these incisions, and the remaining, much firmer tissue is lifted and repositioned with sutures.

The goal of a treatment is to correct sagging eyebrows, giving you a fresher, more alert appearance. Some procedures will lower your hair line or correct heavy forehead wrinkling and sagging.

As women age, the brow can descend and flatten, resulting in a tired, angry and masculine appearance. A brow lift surgery can restore the eyebrows to a more anatomically appropriate position resulting in a softened, youthful and refreshed appearance.

In men, a descended brow can result in a tired and angry appearance. In some cases, the lowered brow can also impair vision. A browlift will result in a rested and youthful appearance without feminizing the male face.

Indications for a brow lift surgery include:

The surgery is often performed alongside other cosmetic procedures, in particular:

There are several types of brow lift techniques, and the one you receive is chosen based on your individual needs:

The average recovery time after browlift surgery is two weeks.

You can expect your stitches, sutures and the drain to be removed at one week, and you may be able to wear makeup again at this time. Bruising, pain, and swelling generally resolve in another week after this.

BENEFITS OF A BROWLIFT AT NUANCE AESTHETICS & PLASTIC SURGERY

Choosing Nuance Aesthetics & Plastic Surgery is to choose a level of quality and experience that few other clinics possess.

Dr. Mehdi Sina is one of the best facial plastic surgeons in the US who has a lot of experience in this field. He has a number of book chapters and scientific publications to his name, and continues to conduct research in the field of cosmetic surgery.

Dr. Jeannie Khavkin is a fellowship-trained surgeon specializing in cosmetic procedures of the face and neck. She is one of the few female plastic surgeons in Nevada, and so brings a uniquely feminine touch that provides a personalized, detail-focused approach to patient care.

IS THERE A DIFFERENCE BETWEEN MALE AND FEMALE EYEBROW POSITION?

It is very important to distinguish between the correct anatomical position of the female and male eyebrows:

In females, the eyebrows are positioned slightly above the brow bone and gently peak and taper as they extend laterally.

In men, the brow is at the level of the brow bone and remains relatively flat as it moves laterally.

CAN A BROWLIFT HELP ACHIEVE A “CAT EYE” LOOK?

An isolated lateral browlift can great a peaking of the lateral eyebrow, commonly referred to as a “cat eye” appearance. 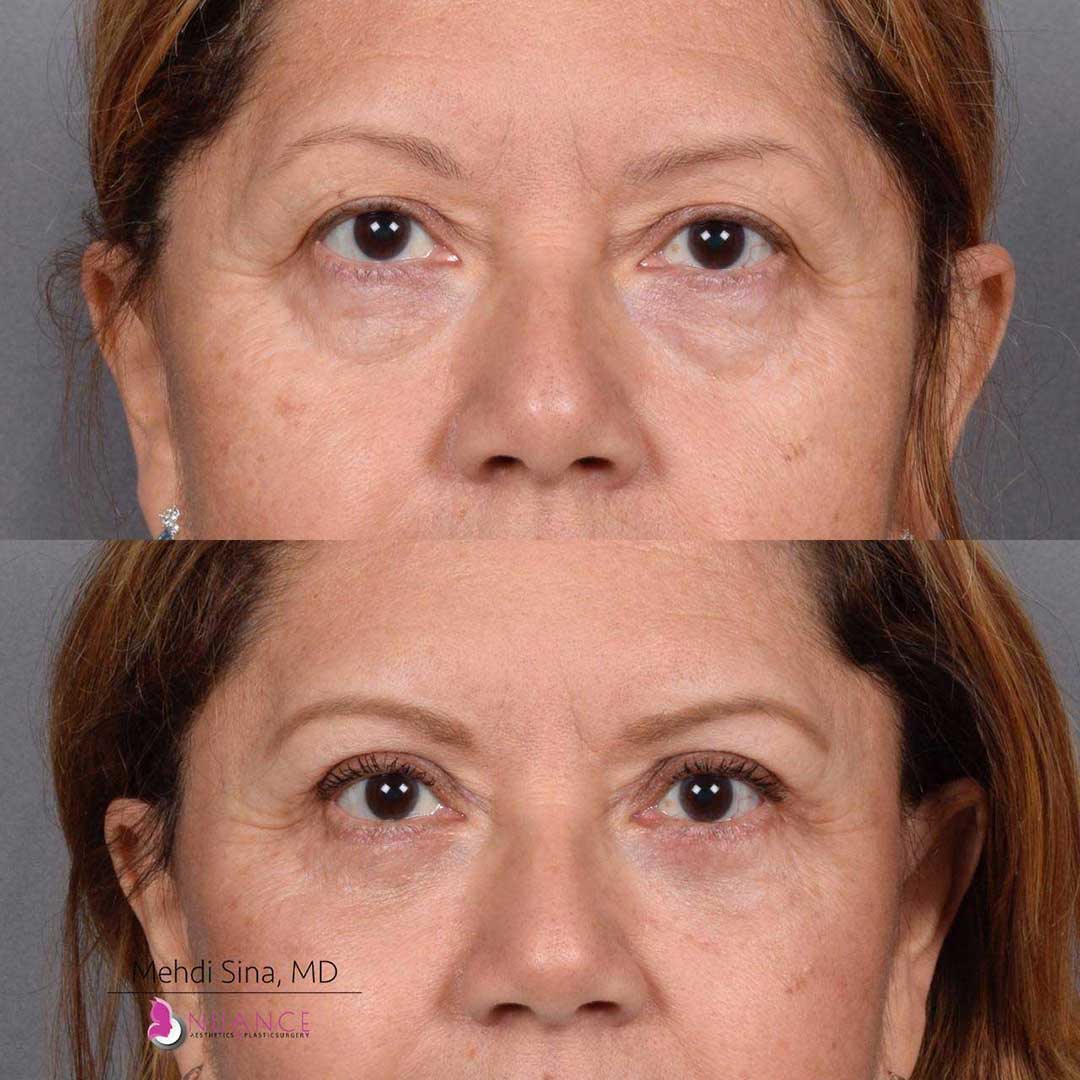 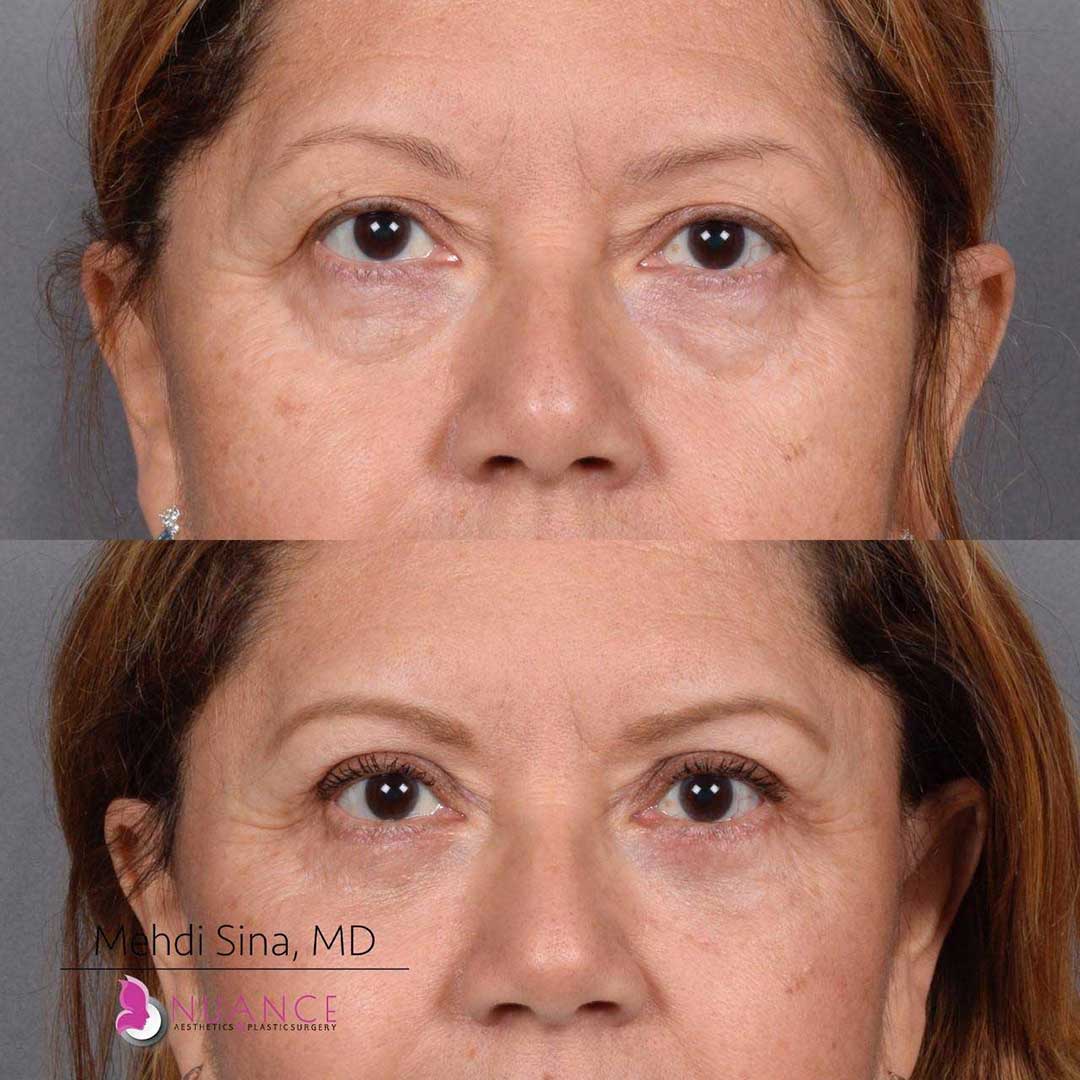 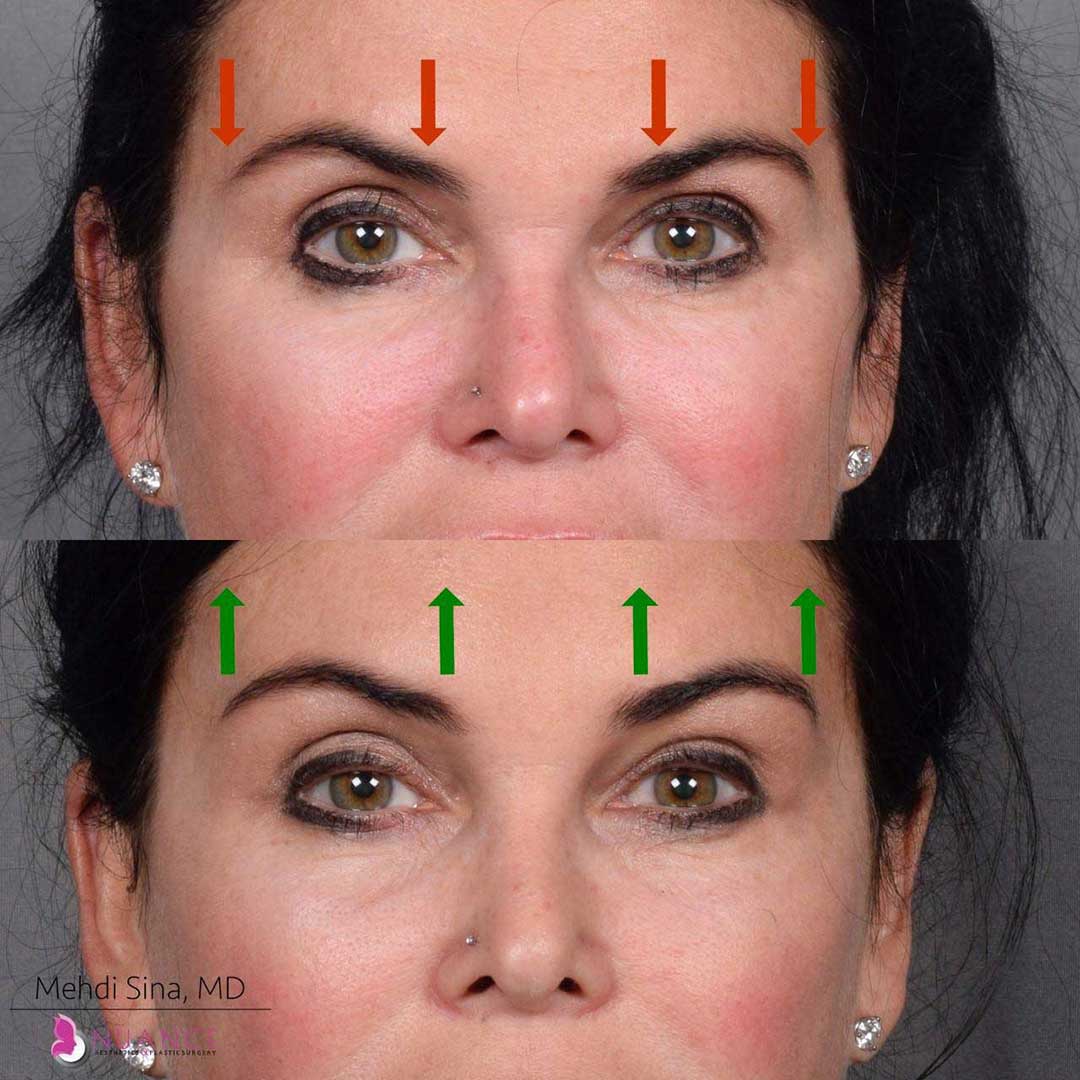